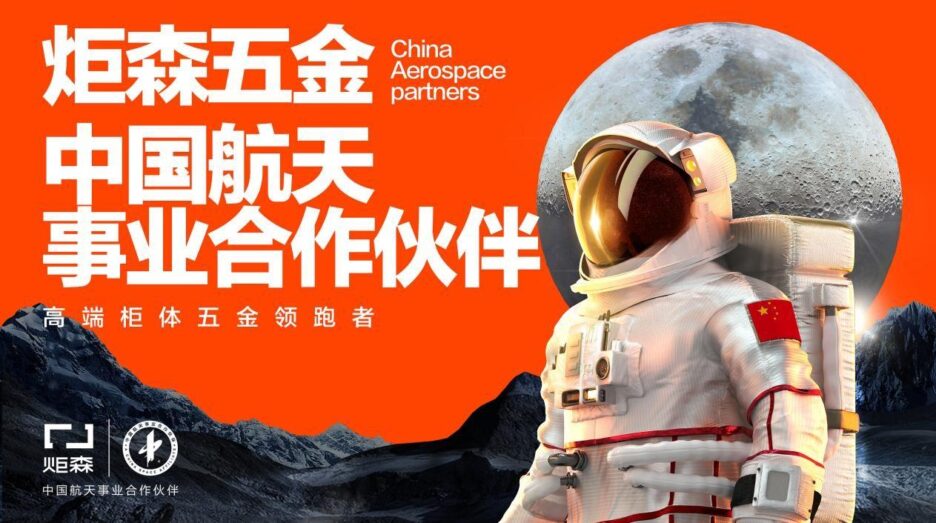 On January 1, 2023, Guangdong Jusen Hardware Precision Manufacturing Co., Ltd., a leader in China’s hardware manufacturing industry, officially announced to become a partner of China’s aerospace industry. As the first leading enterprise in the hardware industry to cooperate with China Aerospace, Jusen will create more advanced and innovative hardware products for customers with the scientific attitude of aerospace exploration and the pursuit of excellence in aerospace quality. 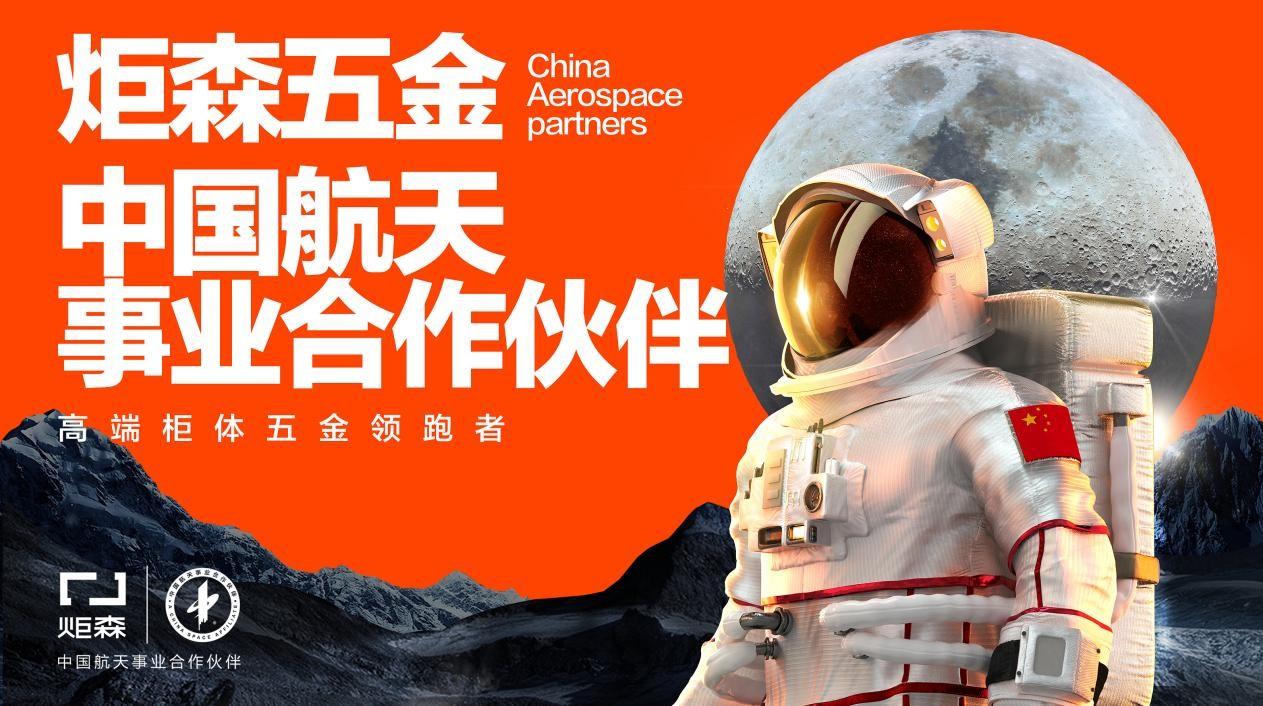 In 2023, Jusen will fully support the launch of China’s space rocket. At that time, Jusen will strive to promote the spirit of aerospace, and support the continuous growth and development of my country’s aerospace industry through all-round assistance from the market and funds. Jusen will also benchmark aerospace quality and continue to inject higher technological power into its products. In the end, Jusen will work with China Aerospace to demonstrate high-level technology and brand strength to the world through continuous struggle and creation.

Qi Zhi, chairman of Jusen, said: “This cooperation will be a new beginning for Jusen to support the development of the national aerospace industry and at the same time promote the company’s own upgrading. The spirit of development coincides with each other. Through close cooperation with China Aerospace, Jusen will carry out subversive innovation in all aspects of new product research, production technology, quality control management, service system, etc., and bring changes to the home hardware market in China and even the world , to meet the deeper needs of consumers. In the future, Jusen will firmly grasp the opportunities for cooperation, not only to introduce aerospace technology in product research and development, but also to explore higher dimensions such as co-construction of laboratories, hardware product standards and aerospace standards , to fully demonstrate the concept and layout of Jusen’s overall home furnishing solutions and innovative products to the world.”

At present, my country’s hardware industry is undergoing reconstruction around the theme of digitalization and intelligence. As a leader in the hardware industry in China for 18 years, Jusen follows the trend and will carry out four major upgrades in 2022: released a new brand LOGO; brand Positioning upgrade, from “quality home hardware innovation master” to “high-end cabinet hardware leader”, which means that Jusen will develop in the direction of high-end and internationalization, and be the vane of global home hardware innovation; product model upgrade, from the original single The product form has been upgraded to an overall solution, and with insight into the needs of each scene, it has created a home hardware solution for the whole case; the business model has been upgraded, and it has successfully moved from behind the scenes to the front of the stage, creating a C-end brand, and vigorously spreading the national sales network. 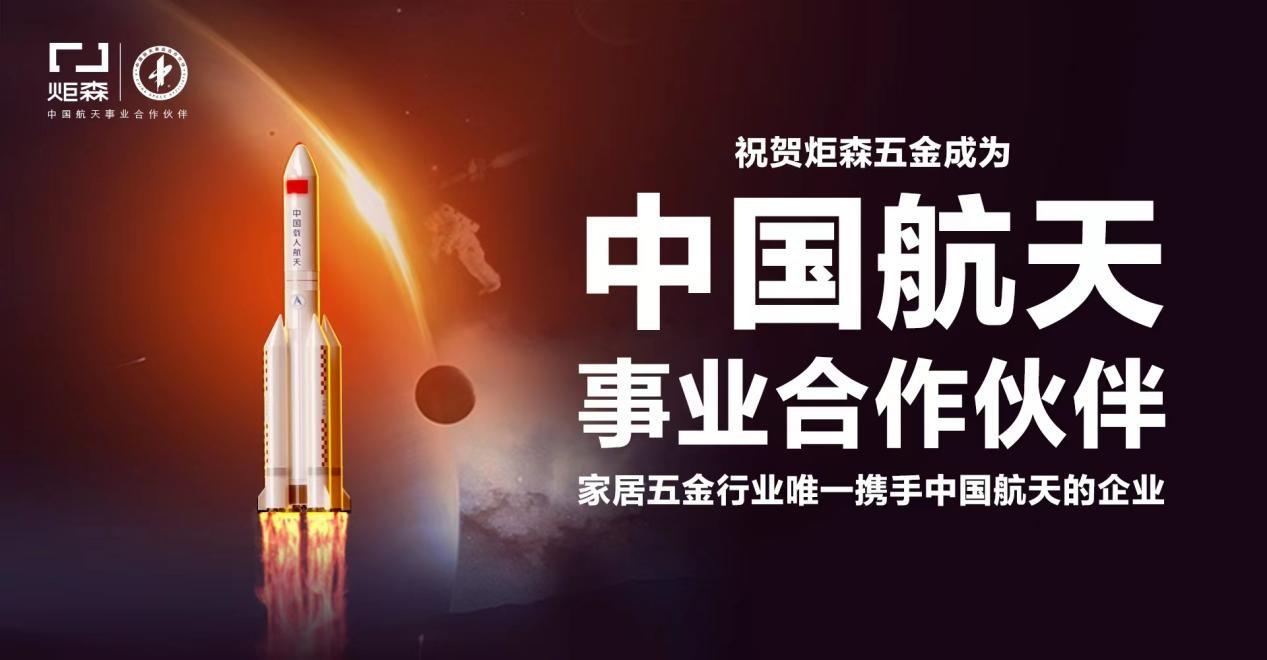 In order to better convey the reason and significance of the upgrade to the world, let the world hear the voice of Jusen as a strong player in the global hardware industry chain. Aerospace reached a strategic cooperation. The two sides support each other in the fields of brand, product, quality control, marketing and so on, and go hand in hand. Jusen Company believes that Jusen is very consistent with the natural genes of China Aerospace in terms of the spirit of tackling difficulties, leading technological level and brand quality, laying a solid foundation for the cooperation between the two parties.

As early as 2006, Jusen applied the bullet technology to the oil cylinder, improved the precision of the oil cylinder, lowered the cost, broke through the technical threshold of mass production of hydraulic hinges, became the inventor of the new hydraulic hinge in the world, made the hydraulic hinge popular in the market rapidly, rewritten the hydraulic pressure Hinge history. Since then, Jusen’s road of innovation has become wider and wider, leading the continuous development of the industry. The first new hydraulic hinge in China, the first fully automatic hardware assembly line and 80% of special angle hydraulic hinges on the market are all developed by Jusen success. From the invention of the first hydraulic buffer hinge in China to the world’s first OT automatic door opener, the whole product chain of home hardware has been extended, such as functional hardware for kitchen storage and wardrobe storage, a full range of slide rail products, OT series innovative hardware, electric smart For hardware, etc., Jusen continuously exports at least 3 to 5 new products to the industry every year to promote the development of the industry.

Jusen’s annual R&D fixed investment accounts for more than 40% of the company’s profit, and has more than 200 senior technical experts. In 2019, the Sino-German Hardware Innovation Center was listed. The German R&D Center stands at the commanding heights, laying the foundation for the global R&D strategy and promoting global hardware development. . So far, many domestic hardware production records have been created by Jusen, including the first domestic fully automatic production line for oil cylinders, the first fully automatic hardware assembly line and the first comprehensive hardware production base with a monthly output of 30 million pieces.

Just as the achievements of China Aerospace over the past few decades are all due to the seriousness and research in the bones, every achievement of Jusen is also closely related to its tireless pursuit of “intelligent manufacturing”. Jusen has developed the first eagle-eye system detection line in China, which solves the problems of mixed standards, mixed models, mixed hole spacing, poor size or appearance, and a pass rate of more than 99.99%. Jusen owns 371 national patents. Since 2015, it is the enterprise that has obtained the most national invention patent authorizations in the industry. The accuracy of some of Jusen’s equipment is 0.01mm, and the accuracy of half a hair is strictly controlled. The full range of slide rails realizes automatic production, and the production efficiency is industry-leading.

In recent years, Jusen’s pursuit of production has been comprehensively improved, and it has established the industry’s first laboratory accredited by the national CNAS. It is the only laboratory in the industry that covers all testing standards for home hardware hinges. The testing results are mutually recognized with 61 countries and regions around the world. At present, Jusen is the executive chairman unit of China Home Furnishing Hardware Committee and the drafting unit of national standards. Jusen is independently developing and implementing an AI intelligent debugging system. All bases and main bodies are 100% automatically tested before leaving the factory, and non-standard hinges are 100% automatically adjusted before leaving the factory, quickly meeting the standards of customers in different countries around the world. 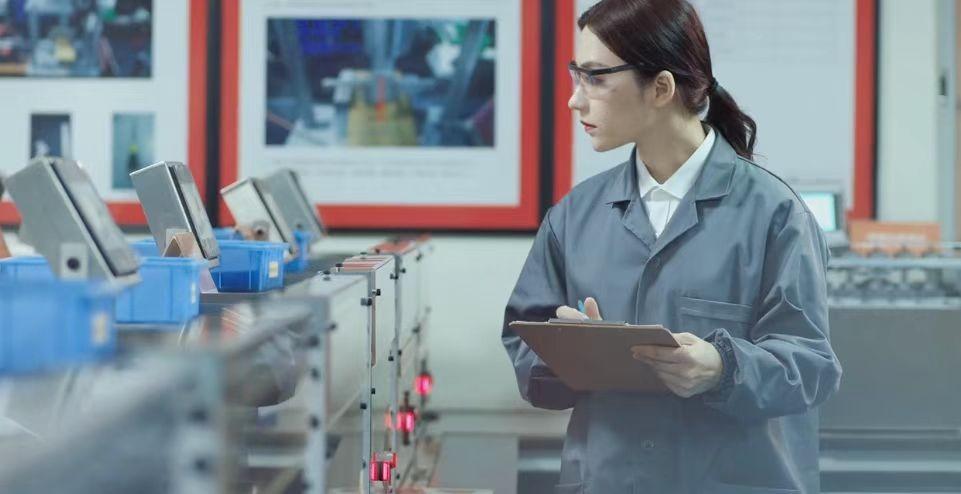 Qi Zhi, chairman of Jusen, believes that both Jusen and China Aerospace have achieved great success in 2022. In 2022, in addition to more than 50 successful launches, China Aerospace has also built its own multi-module space station, which has become a space development center. one of the leaders. In the same year, Jusen also gradually moved from behind the scenes to the center of the market in the hardware industry. In 2023, inspired by the spirit of spaceflight, Jusen will make great strides towards digital and intelligent transformation. In addition to the 30-acre intelligent manufacturing plant under construction, two 100-acre production bases will be added in the future. At that time, the company’s degree of automation will exceed 90%, and the smart factory built with digital and intelligent systems will lay the most solid foundation for market development and brand establishment. Become a model of “digital manufacturing” and “globalization 4.0”.

In the field of brand building, Jusen has also established a new vision to accelerate the layout of the national unified market. The general agents in 120 cities serve more than 100,000 cabinet stores, empowering customers in different regions and industry locations, and will The traditional hardware and hardware product manufacturing and supply mode is integrated into a one-stop all-inclusive mode of flexible subscription, manufacturing and service, realizing the horizontal expansion of customized services among different customers, and driving the upgrading and transformation of the upstream and downstream industries of the hardware industry.

Qi Zhi said: “China’s aerospace industry dares to explore the space that no one has ever been to before, and Jusen also wants to go the way that others have never gone before. We can do things that others can’t do. This is our value! Through Cooperation, in the future, Jusen is committed to creating hardware products with novel functions, good user experience, and solving the pain points of home use, so as to create a better home life for consumers; the new products developed by Jusen can closely meet the immediate needs of users. Jusen not only sells products to customers, but brings services to all customers, as long as there are Jusen products, there will be Jusen services.” 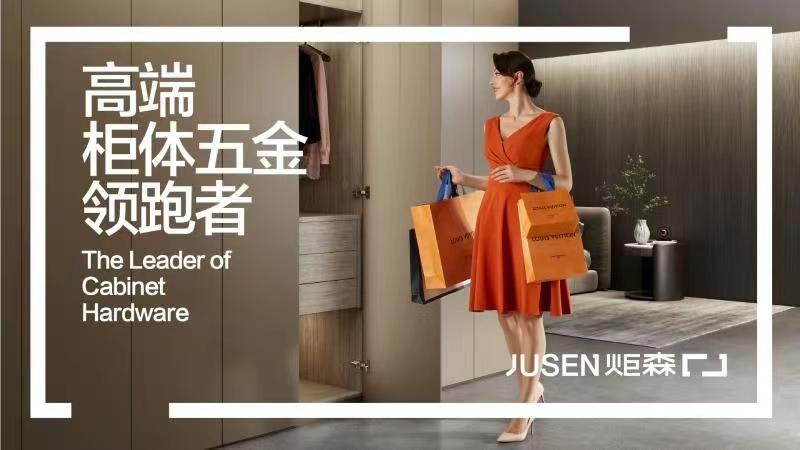