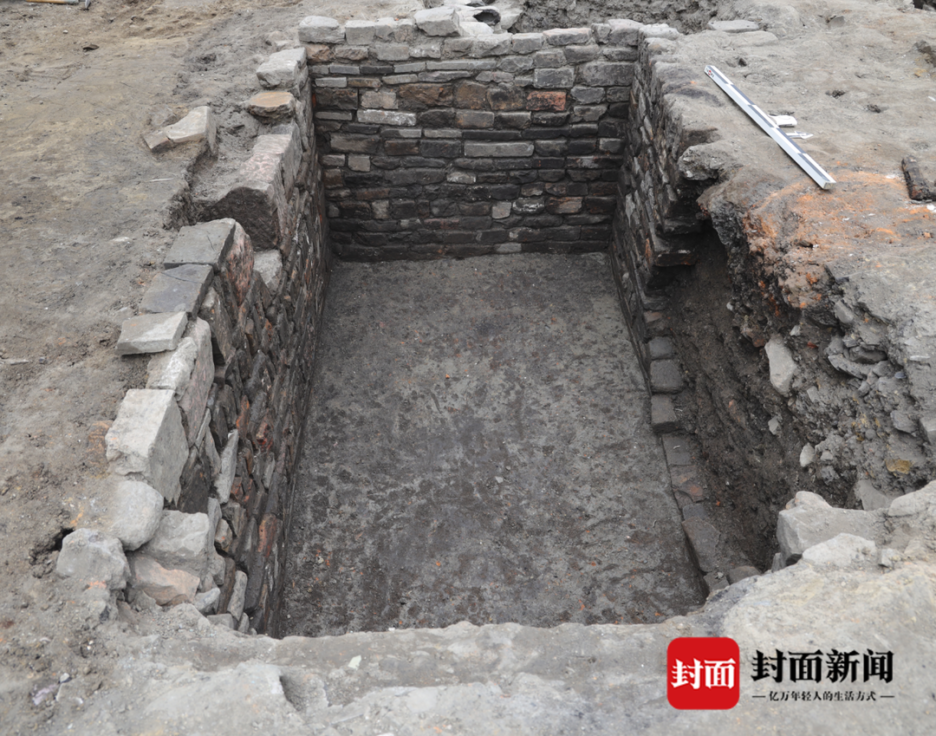 On December 16, at the metallurgical and archaeological laboratory of the Chengdu Archaeological Center newly built by the Chengdu Institute of Cultural Relics and Archeology, an archaeological achievement that had never been announced before was unveiled. This year, archaeologists discovered the site of Baochuan Bureau in the Qing Dynasty near Renmin Middle Road in Chengdu. After two months of archaeological excavation, the relics presented to the world include 30 kilns, 6 furnace houses, 6 square pools and There are 3 drainage ditches, and a large number of crucibles, slag and coins were unearthed at the same time, among which Qianlong Tongbao is the main one, and a small amount of Jiaqing Tongbao. It is understood that this is the first Qing Dynasty coin casting site ever discovered in the country.

Qianlong Tongbao unearthed from the ruins

According to Tang Bin, the person in charge of the archaeological site of the Baochuan Bureau site in the Qing Dynasty, the site of the Baochuan Bureau in the Qing Dynasty was discovered on the west side of the first section of Renmin Middle Road, and across the street from Renmin Middle Road is the Donghuamen site. The site was discovered in 2021 during the exploration in conjunction with infrastructure construction. After being reported to the State Administration of Cultural Heritage for approval, excavation will begin after the Spring Festival in 2022.

According to Tang Bin, the Baochuan Bureau was a money-making institution in the Qing Dynasty in Sichuan. According to the literature, the Baochuan Bureau was first established in the seventh year of Kangxi (1668), officially started in the tenth year of Yongzheng (1732), and was officially launched in the Qianlong period (1736-1796). There are 40 casting furnaces in total, which are used for local military pay and city repair.

Tang Bin is introducing the site of Baochuan Bureau

At the beginning of the tenth year of Yongzheng, Baochuan Bureau was first built in the narrow area in front of Chengdu Mansion, and later moved to the open space in the west of Gongyuan. During the reign of Qianlong, it was expanded on a large scale twice, and buildings such as furnace rooms, mills, and warehouses were built. Apply to the forehead, or stop the furnace to reduce the amount. Repeated furnace opening and reconstruction and expansion activities have resulted in the early-night relationship between multiple kilns in the same furnace room, and even the expansion of kilns outside the furnace room and the demolition of walls. After the Opium War, a large amount of silver flowed out, silver was expensive, money was cheap, and copper was expensive. In the 30th year of Guangxu, the Baochuan Bureau was officially abolished, and the silver and copper coins minted by the Sichuan Machinery Bureau were circulated in the market. The original site of the Baochuan Bureau was changed to the Quangong Bureau.

Not only coins were discovered, but also a large number of porcelains were unearthed

It is understood that the plane of the kiln unearthed from the site of the Baochuan Bureau in the Qing Dynasty is narrow and rectangular, and it was excavated downwards from the flat ground. It can be divided into morning and evening. The early kiln is deep, and the later kiln is shallower. The kiln is composed of two parts: the hearth and the furnace chamber. The furnace chamber is where the molten copper is smelted. The temperature is extremely high, and the residual part of the furnace brick shows signs of vulcanization, and there are obvious traces of burnt soil around it. The two kilns generally face each other with fire pits, and they form a group of two. The surrounding bricks are built to form a furnace room, and some furnace rooms were expanded in the later period due to the addition of the kiln. The furnace room and kiln are mainly located at the east and west ends of the site. The middle section is separated by multiple partition walls. There are 6 square pools in the middle. A large number of porcelains and some poured coins and money trees were found in the square pool, which may be used for water storage. . A number of small roads leading to the furnace room were found on the west side of the furnace room. There were no traces of burnt soil and slag on the ground west of the small road. It may be an office area to the west.

The scale of the ruins is huge, fully presenting the coinage process of the Qing Dynasty

When introducing the excavation of the Baochuan Bureau site, Yang Yingdong, an associate researcher at the metallurgical and archaeological laboratory, put on gloves, picked up a crucible unearthed from the archaeological site, carried out volume measurement and capacity determination, and carried out composition testing on the unearthed coins. “After testing, there is no tin in these coins, mainly copper and zinc, which is what we usually call yellow coins; and if the coins of the Qing Dynasty contain tin, they are usually called green coins.”

Yang Yingdong said, “Through capacity measurement, we can infer that a large crucible like this can hold up to 45 kilograms of copper liquid, and can cast more than 12,000 Qianlong Tongbao; while an ordinary crucible can cast more than 4,000 pieces. Qianlong Tongbao, which refers to the ideal state, but in reality, it should be less than this number.” Yang Yingdong also picked up a broken crucible unearthed at the archaeological site, which contained some unformed coins. These are waste products, because the copper raw material Very valuable, the scrap is often thrown into the crucible for recasting.

There are still unmelted discarded copper coins in the crucible