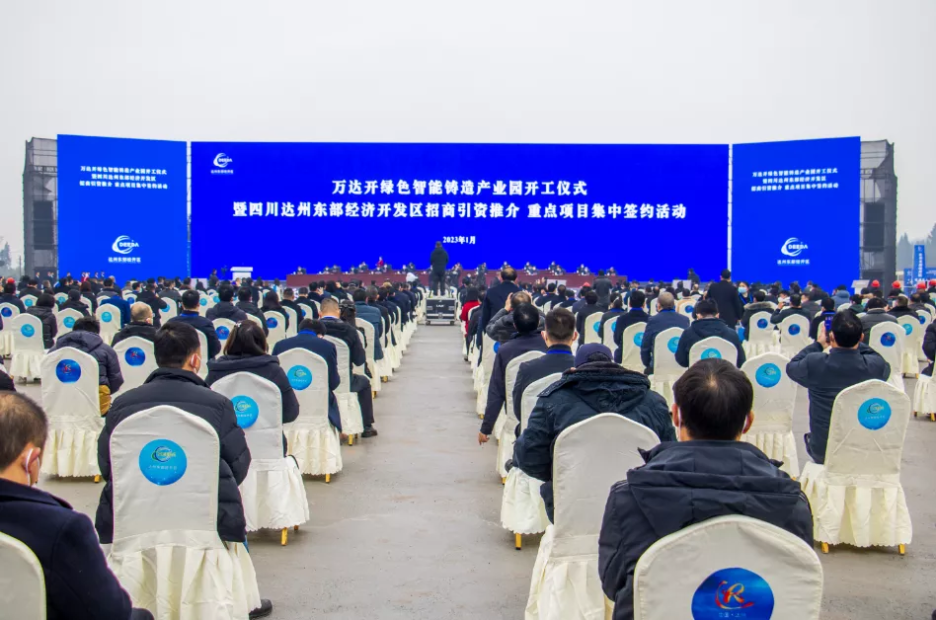 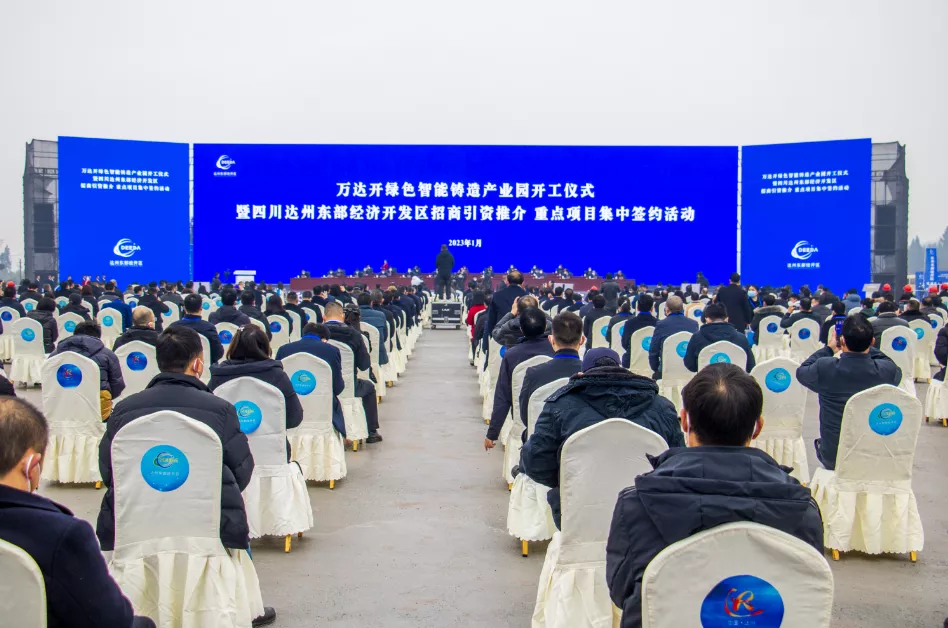 ▲ On-site photography of the groundbreaking ceremony by Wan Yanming

Tu Xingyong said in his speech that in recent years, through the full promotion of Sichuan and Chongqing, the development of the manufacturing industry in Sichuan and Chongqing is accelerating in an all-round way. He proposed to jointly build trillion-level industrial clusters such as automobiles, electronics, and equipment, which will definitely drive the foundry industry in within the industrial chain development. The construction of Wanda Kai’s Green Intelligent Foundry Industrial Park will effectively make up for the weak links in the industries of the two provinces and cities, help the construction of the twin-city economic circle, and will definitely play an important role in supporting Wanda Kai’s economic improvement. The Chongqing Economic and Information Commission and the Sichuan Provincial Economic and Information Department will fully support the construction of Wanda Kai’s green and intelligent casting industrial park, and support the industrial park to become a high-end and green casting production integrating automobile and motorcycle, track, municipal and construction machinery. , intelligent park, and strive to build a new model for the construction and cooperation of the Chengdu-Chongqing economic circle between the two cities.

Jing Maoming pointed out in his speech that this event fully demonstrates Dazhou City’s aggressive attitude of striving for the economy with all its strength and sprinting at the beginning, and fully conveys the overall momentum of Wanda’s development of the Sichuan-Chongqing Coordinated Development Demonstration Zone and the coordinated development of the Sichuan-Chongqing manufacturing industry. It shows that the revitalization of the northern wing of the Chengdu-Chongqing economic circle has great potential and broad prospects. It is hoped that the Dazhou Eastern Economic Development Zone and the municipal economic and information department will strengthen close cooperation with Wanzhou and Kaizhou to jointly build and utilize the park with high quality and high standards. In particular, it is necessary to thoroughly implement the national dual-carbon strategy, strictly implement relevant industrial policies, and strive to build the park into a green and intelligent high-end casting industry highland. The Provincial Department of Economics and Information Technology will deepen exchanges and cooperation with the Chongqing Municipal Economic and Information Commission and the Dazhou Municipal Government, and will do its best to give practical support. 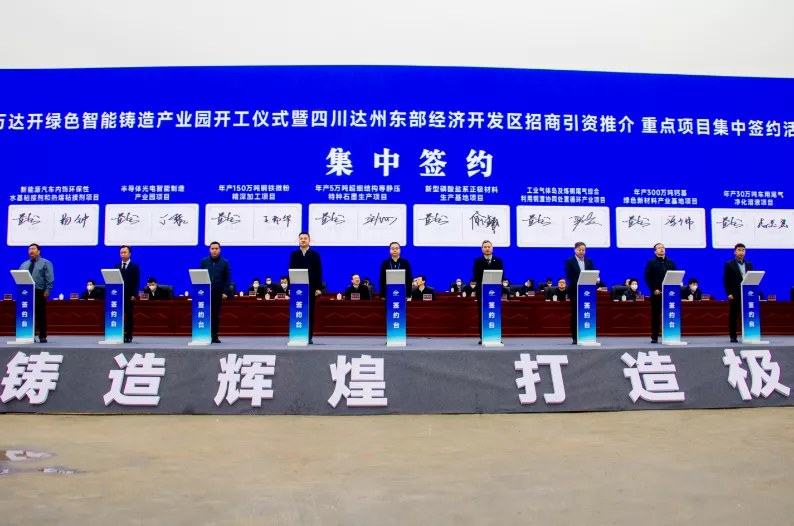 ▲ Photography by Wan Yanming at the centralized signing ceremony

Wanda Kai Green Intelligent Foundry Industrial Park is located in the Eastern Economic and Technological Development Zone of Dazhou, with a planned area of ​​2,860 mu. It has been listed as a key project in Sichuan Province in 2023.

At present, the park has entrusted the China Foundry Association to compile and complete the “Wanda Kai Green Intelligent Foundry Industrial Park Development Plan”, which is expected to gradually take shape in 2024. In 2025, more than 50 enterprises will settle in, the annual output value will exceed 20 billion yuan, and the profit and tax will be 2 billion yuan. above.